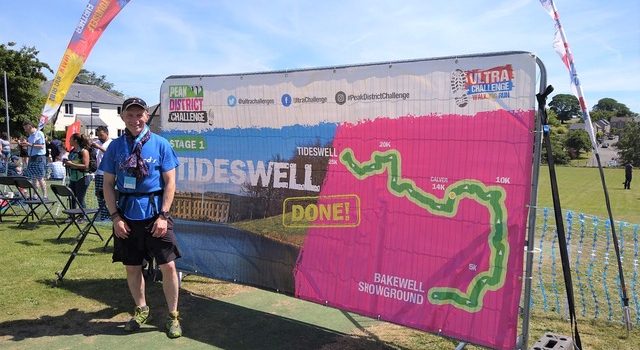 A Harborne solicitor is set to do a 353 km ‘triathlon’ for family bereavement charity Edward’s Trust.

Ian Jones, founder and principal solicitor of Spencer Shaw Solicitors, will be taking on a challenge every month between March and July.

Ian will be cycling 100km around Worcester in March, followed by a 50km trek in Windsor in April, 100km treks in Dorset in May and the Cotswolds in June, finished off with a 3km swim in Llanberis in July. He is a keen cyclist and hiker, but believes the swimming challenge will be the hardest feat.

This isn’t the first time Ian’s taken on a challenge like this – last year, he did a 100km Peak District trek for the charity, which you can read about here. This led him to be shortlisted for Businessman of the Year at the Birmingham Awards for his fundraising efforts.

He said: “I really enjoyed the challenge of hiking 100km in 24 hours last year but thought I needed to increase the difficulty if I was going to ask for sponsorships. I decided to do two 100km treks, plus a 50km one to ‘warm up’. I regularly take part in the Mad March Hare, so we joked in the office about it being almost a triathlon. Once the idea was raised, I couldn’t resist! It will certainly be a huge step up from last year’s challenge – especially for a man of 58 – so hopefully the amount raised will reflect that.”

The Edward’s Trust has been supported by Spencer Shaw Solicitors since 2018, after meeting a charity representative at a networking event.

Ian said of the cause: “People are not keen to talk about loss, but bereavement is something that affects most of us at some point. Edward’s Trust is a fantastic charity that offers so much support throughout the West Midlands. We donate monthly as a company, but sponsored challenges like this are a great way to raise the profile of the charity too.

“We’ve had chance to get to know the cause, the staff, and even a lot of the ambassadors and volunteers who have been helped by the charity. It is incredibly rewarding to see the impact and know that our support helped in some way.”

Clare Martin, Acting Chair of Trustees at Edward’s Trust, said: “All of us at Edward’s Trust were hugely impressed by Ian taking on the 100km Ultra Challenge over the summer and now we are astounded and enormously grateful that he is taking on not one more, but five more challenges in 2023 for us! It is a massive challenge to undertake travelling the distances Ian will be travelling but so too is the process of grieving for those who have lost a loved one and are walking through the door of Edward’s Trust to seek help.”

If you would like to make a donation, please click here and find out more about Spencer Shaw Solicitors here. The Harborne Village Team wishes Ian good luck with his inspiring challenge!

#HealthyHarborne looking after yourself with Harborne Medical Practice